Safran Group’s Safran Electronics & Defense is a world-leading company in the development of optronic, avionic and electronic solutions, whose high-tech products are used in land, naval, aeronautical and space applications.

With several production plants, Safran Electronics & Defense in Montluçon, France, specializes in producing parts for satellites, radars, drones, and other products used in the aerospace and military industries.

Safran Electronics & Defense is committed to ensuring the health and safety of its employees. As part of its risk prevention measures in this respect, its machine tools were initially equipped with electrostatic filters connected to a central ventilation system which vented the ambient air out of its plants, in order to clear oil mist. However, given the 1,700m3 size of its workshop, controlling ambient temperature was becoming an economic concern, for which a solution was necessary. As a result, a project was established with the objective of evaluating the possibility of recycling air instead of venting it out. 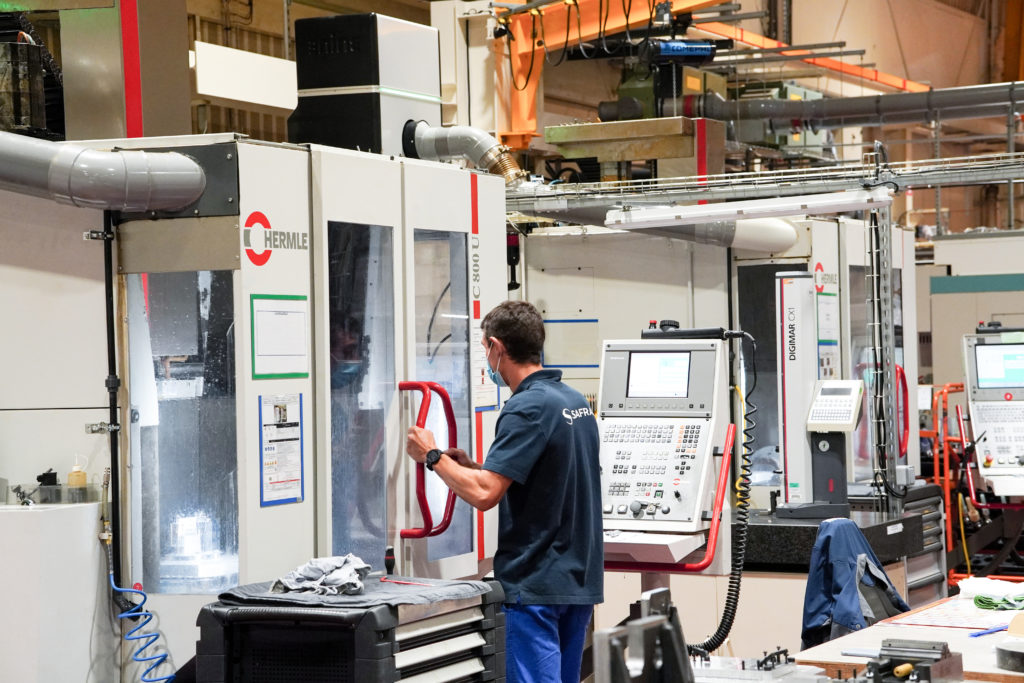 However, it was quickly ascertained that the efficiency of the electrostatic filters quickly dropped when disconnected from the central ventilation system, causing oil mist to spread in the workshop. This meant that impractical, frequent maintenance of the filters would be necessary to achieve an acceptable air quality level. As a result, the climate control project was put on hold.

Safran Electronics & Defense came across 3nine’s technology in 2016, when a dealer offered them a 3nine Clara oil mist eliminator when investing in an Okuma MBH500 H machine tool.

Satisfied with the oil mist eliminator’s performance, Safran Electronics & Defense directly contacted 3nine France to discuss the possibility of equipping further machine tools with 3nine’s system. This led to the purchase of another 7 oil mist eliminators in 2017.

As 3nine’s technology was gradually implemented, the air emitted by 3nine units was clean, although recycled into the workshop.  With the hope of reviving the climate control project, Safran Electronics & Defense decided that all its existing electrostatic filters were to be replaced with 3nine’s oil mist eliminators.

In 2017, 3nine was asked to replace an electrostatic filter with a flow rate of 4000m3/h installed on a Machining Center Mitsui Seiki HJ80A, and machining on high-pressure coolant. Mr. Dumont, the service manager, was more than doubtful when 3nine replied by offering a Clara mist eliminator which only handle 1000m3/h.

As for today, the hall is now fully equipped with 3nine oil mist eliminators, and Safran Electronics & Defense in Montluçon can now fully recycle the ambient air in the workshop.