Eurogroep in Netherlands is an international industrial corporation that manufactures high-tech industrial equipment for companies in the logistics, solar and horticulture industries. As these industries have grown significantly in the past year, Eurogroep in Bleskensgraaf has invested heavily in its production department to meet the increasing demand for their products. In contrast to the increased production, air quality was in decline, raising health concerns Eurogroep had to act upon.

Because production within the Eurogroep has been growing in past years, the demand for more complex machining parts in larger volumes was a key factor for Eurogroeps need to make machining more efficient. We therefore started investing in new machine-tools and automation. Machining used to be a bottleneck at Eurogroep with only a three-axis machines operational without automation. When the series and the diversity of products became larger and more complex, realizing a stable machining process was a major challenge. For this reason, they started five-axis machining four years ago. With automation and modern machining centers, they can now efficiently produce hundreds of different products, usually in one setup.

Soon after the new machines were running, the issue with oil mist became noticeable. Due to the high rotational speeds achieved by the spindles in the new machining centers a lot of fine oil mist was generated, which was difficult for the mechanical filter to cope with. As the air quality decreased drastically, the cost for replacing filters on their mechanical oil mist system was steadily increasing. 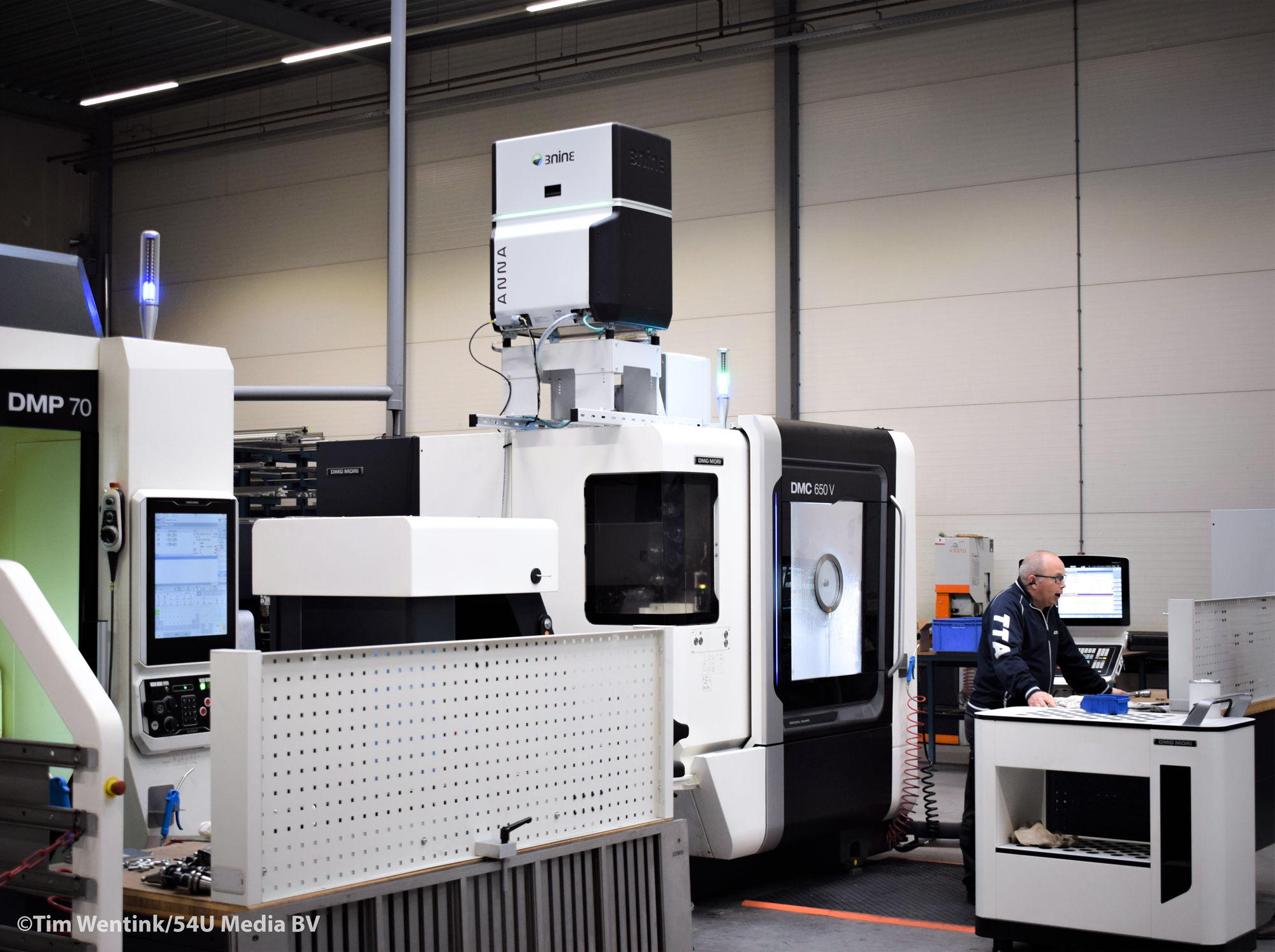 The old filters had to be replaced every second month. Especially with unmanned production. Replacing filters would cost us an average of half an hour of labor per machine per month at a price of 400 euros per filter. Not counting the production stops.

Not only was the situation causing an increase in filter consumption and maintenance costs, but the oil mist was also raising health
concerns and affecting overall production. It became especially noticeable during weekends when production was unmanned. A film of oil mist was present in the workshop, and the entire production area was damp and greasy. The compressors that provide cooling as well as the control-cabinet were full of grease. Indirectly this can lead to failures and downtime and ultimately increases costs.
Nevertheless, it was the health concerns that made Eurogroep take action. “You really don’t want to have your staff exposed to oil mist” Says David den Hartigh . It was through 3nine’s distributor for the Benelux area, Glavitech B.V. that Eurogroep came across 3nine’s oil mist separators and signed up for a test.

To fully evaluate the 3nine oil mist separator, they decided to measure the particle concentration in the air before and after installing the 3nine oil unit. At the end of the evaluation, they concluded that they progressed from highly contaminated air by oil mist particles to virtually zero particles coming out from 3nine oil mist separators. Shortly after the test, they decided to go over to 3nines technology on all machine tools. In addition to a healthy air quality and working environment, and as a result of changing from mechanical filters to 3nine’s disc stack technology, filter consumption and maintenance has now been reduced to a minimum. Even though 3nine has a H13 as an end filter, the filter will last for several years as the disc stack technology will separate most of the oil particles out from air.

We can only imagine how much coolant we have saved when switching to 3nine’s disc stack technology. All that mist accumulating in the workshop is now separated out from air and led back to production. As our main objective with purchasing 3nine’s units was to improve the air quality, the fact that we could make these cost savings made a great impact in shortening the payback period.