Founded in 1929, DECOLLETAGE DE REU is a family-run precision machinery plant in Achiet le Grand, located in Pas-de-Calais in northern France. With a customer base in the Medical, Nuclear and Military sector, supplying high-quality precision manufacturing and turning parts while providing careful service is crucial to remaining competitive. With a long history of skills and knowhow and a constant focus on improvement, DECOLLETAGE DE REU has the capacity to machine all types of materials and can produce pieces in sizes ranging from 0.25mm to Ø80mm. 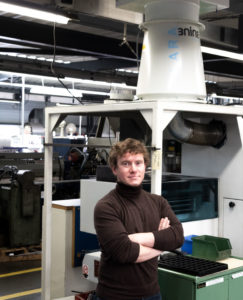 In 2012, the company underwent great changes. Mr. Jeoffrey De Reu took over the business and became the 4th generation CEO. Mr. De Reu understood that to maintain its competitive advantage, the company and the machine park needed to be restructured and modernized. Shortly after he took over, the company became ISO 9001 certified. He began to recruit production staff of all ages and implemented training which is held frequently to ensure competence. Each year since 2012, the company invests in a new machine tool and it has now a machine park of 65 machines. All machine tools running with straight oil are always equipped with high pressure pumps. For DECOLLETAGE DE REU, high pressure is crucial to break up chips and remove them from the cutting area more efficiently.

When the company invested in a Tornos EvoDECO 16 for more complex precision machining, the machine tool was equipped with a mechanical filter for oil mist collection. After a couple of months, issues with oil mist and oil fumes began. With pressures of up to 120 bar, the mechanical filter become clogged quickly, leading to frequent filter changes.

As the costs for replacing the filters was increasing, we needed to find a solution to the issue. We first tried by changing the oil to one claiming to reduce oil mist, but only noticed a limited improvement. We then contacted the supplier of the oil mist collector which suggested to install a second larger oil mist collector on the machine tool, which we tried. Even though we now had two oil mist collectors on our machine, the result was still the same

When they came across 3nine, they immediately wanted to test a unit to see if the disc stack technology could solve their issue with oil mist since the focus was on improvement and trying new solutions and technology.

After two months running on the Tornos EvoDECO 16, we were convinced. The air quality around the operator was clearly improved. Two years later, we still haven’t needed to change filters or perform any type of maintenance 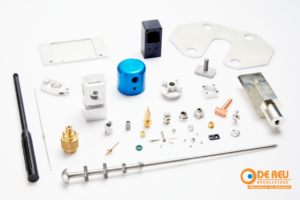 High-pressure coolant applications generate a lot of oil mist. The pressure will also break oil into finer particles as the steam hits the surface. The combination of these two factors poses great challenges for companies in maintaining a healthy and clean working environment. Mechanical filters and other filter technology face the challenge of fast filter saturation. Since 3nine technology uses disc stack technology to separate particles from air, by cutting the air flow to the oil mist separator, we can reduce the limit for particles separated from 1μm to 0.5 μm. By doing this, the fine oil particles are separated from air and the end filter will last much longer.

For us, the main benefit is of course improved air quality. Health and safety are crucial for our employees. However, from an economic point of view, we have realized the savings it brings in recovering separated oil mist. It felt like such a waste losing all the oil as the mechanical filter got saturated with oil mist.